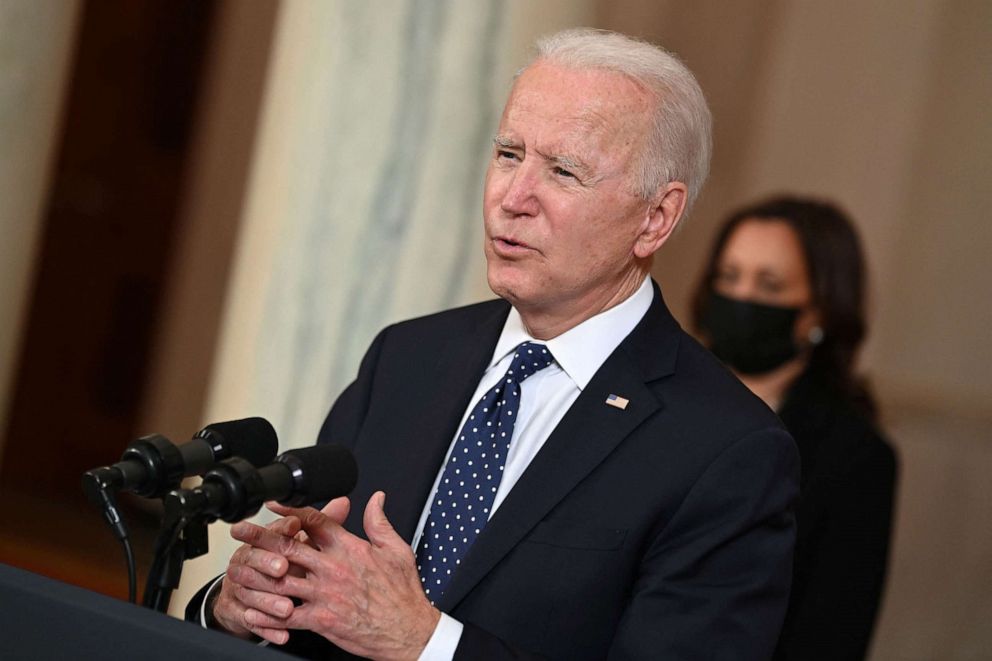 It falls now on Biden to heal and advance policy in tense, still-uncertain times

The TAKE with Rick Klein

The scenes from the aftermath were of celebration, emotion, relief -- a sudden and decisive end to a searing chapter that lasted just shy of a year, though one that truly has spanned many decades.

But for the guilty findings in connection with the killing of George Floyd to mark a true turning point will take much more than verdicts in Minneapolis. It falls now to a president elected on the promise of unity to both heal and advance policy in tense and still-uncertain times.

In remarks Tuesday evening, President Joe Biden twice called out "systemic racism," and called on the country to "unite as Americans" in a "giant step forward in the march toward justice in America."

"This can be a moment of significant change," the president said, in a line he appeared to add to his prepared remarks.

Biden championed the cause of justice for Floyd during the heat of a tense election, after citing Charlottesville, Virginia, as a main reason for his candidacy. Yet the verdict in the case of former police officer Derek Chauvin now puts scrutiny on promises Biden made as a candidate, as well as areas where his views diverge from some of his allies.

Similarly, "Defund the police" and "Black Lives Matter" are slogans, not policy. Now come thorny questions of policing tactics, oversight, justice and sentencing -- all while knowing how close the nation is to more protests that can easily turn violent and how readily partisan grooves can take control.

It's trite to say that the hard work begins now. But contrast how apparently easy the guilty verdicts were with how difficult the policy choices are now to get a sense of what political leaders confront from here.