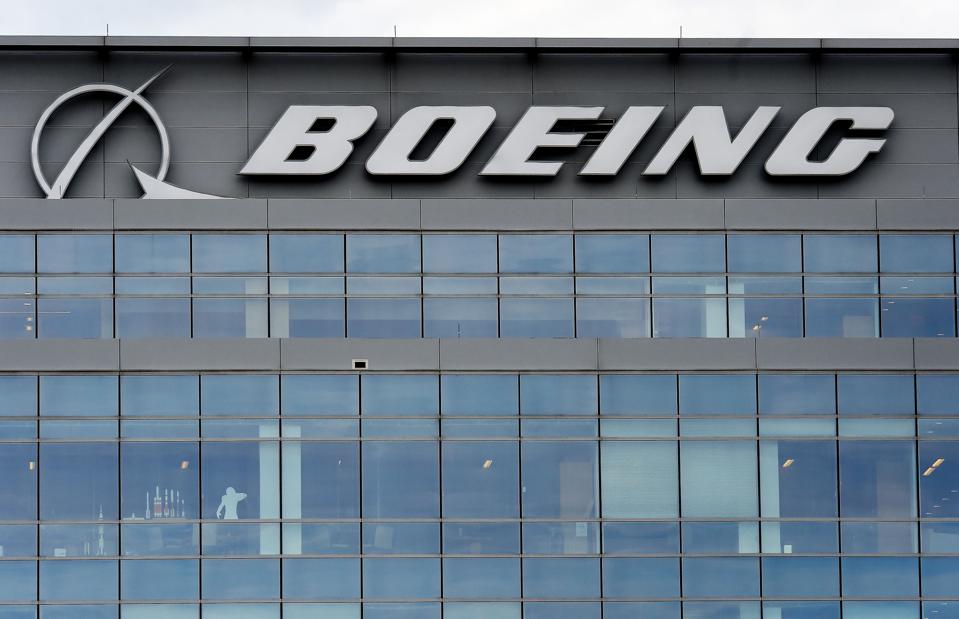 TOPLINE Boeing said on Tuesday that it will extend the mandatory retirement age for its 64-year-old president-CEO Dave Calhoun from 65 to 70, while also announcing that CFO Greg Smith, 54, will retire in July, as the company tries to rebound from a disastrous pandemic-ravaged 2020.

KEY FACTS
Calhoun, who took over the top job in January 2020, will see his mandatory retirement age extended to April 1, 2028, although the company added there is no “fixed term associated with his employment.”

Boeing chairman Larry Kellner stated that given the “substantial progress” Boeing has made under Calhoun's leadership, including overseeing the return of the 737 MAX to service, it was in the “best interests” of the company for Calhoun to “continue in his role beyond the standard retirement age."

Meanwhile, Boeing is searching for a successor to Smith (who briefly served as interim CEO prior to Calhoun’s ascension) who will retire, effective July 9, 2021.

Robert Stallard, a defense-aerospace analyst at equity research firm Vertical Research Partners, wrote in a note that the move to extend Calhoun’s retirement age had been “widely anticipated.”

Stallard also wrote that while Smith’s retirement may seem “odd,” he noted that “after a decade running the Boeing finance department, Smith has had a good run – and the last two years have been particularly challenging.”

But Charles Elson, director of the John L. Weinberg Center for Corporate Governance at the University of Delaware, told Forbes that “the sudden resignation of a CFO is almost always highly troubling to investors and the fact that it has occurred at Boeing with all of its controversy is even more disturbing.”

KEY BACKGROUND
Calhoun, a Boeing board member for ten years, took over the helm of the company as it was reeling from the fallout over the 737 MAX — which had been grounded by regulators in March 2019 following two deadly crashes that killed 346 people — only to then face the Covid-19 pandemic which led to the collapse of air travel, production slowdown at Boeing and thousands of layoffs. Last November, the Federal Aviation Administration cleared the 737 MAX plane to fly again. Although Boeing has since secured new orders for the 737 MAX from customers including United Airlines and Southwest Airlines earlier this year, the planemaker faced yet another crisis in early April when an “electrical issue” was identified in some 737 MAX aircraft, leading to the grounding of some of the planes by Southwest Airlines, United Airlines and Alaska Airlines.

CRUCIAL QUOTE
“The extension of Calhoun’s retirement, though not all that irregular, is made troubling by this resignation and maybe signals more difficulties to come for the organization,” Elson told Forbes.

SURPRISING FACT
Despite the ongoing troubles at Boeing, its share price has jumped almost 10% year-to-date, while the S&P 500 index has gained 10.8%.

BIG NUMBER
$11.9 billion. That’s how much Boeing lost last year – an all-time record— amid production halts and the cancellation of hundreds of orders for new airplanes by customers.

TANGENT
The Seattle Times reported that Boeing’s management team faces more strife. At Boeing’s annual shareholder meeting on Tuesday, a large pension fund, the California State Teachers’ Retirement System, vowed to vote against the company’s three longest-serving outside board members, including chairman Larry Kellner. Also, a shareholder advisory firm Glass Lewis has called for a shakeup at the board, citing that “poor oversight” led to the nearly two-year grounding of Boeing’s 737 MAX.